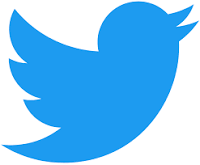 As Promised, Here Is The Re-Presented Final Tranche ($22.7bn) Of The $29.96bn Infrastructure Plan, Broken Down Sector-By-Sector For Easiest Consumption:

Every Dollar Is Accounted For & All Projects Are Project-Tied With Favorable Concessionary Rates.

The rail sector part tells a story of its own. There is a total of about $10bn of  proposed loans for railway infrastructure projects.

1. Lagos-Calabar that they said would be done by the Russians is to receive a $3.5bn loan from the Chinese? That amount builds only Calabar-PH btw. What about PH-Lagos? There would still be  about $6bn needed to build the rest of the line. There is already a contract in place with the Chinese contractor for about $11.2bn which is why minds boggled with talk of Russians stepping in. Curiously, counterpart funds of undisclosed amounts for this line have featured in the Appropriation Acts since 2016.

2. There is no provision for PH- Maiduguri for which about $13bn loan is required and which they claim to be negotiating with the Chinese. The counterpart funds of undisclosed sums for this line have featured in the Appropriation Acts since 2016 too.

3. There is no provision for the loan of about $4bn to a private entity for which we are providing a sovereign guarantee for the central line of Warri to Abuja incl. a deep sea port. If we are guaranteeing a loan, is it not as good as our debt until the third party makes good?

4. The provision for Ibadan-Kano of $5.5bn suggests that the scope of work has been substantially altered from a double track to a single track and the double track  Minna-Kaduna portion completely removed with the effect being that the overall unit rate for Lagos-Kano may have changed significantly from about  $3.4m/km to about $7m/km.  This cannot be the same contract Obj entered into for $8.3bn in 2006 as it seems that we are proposing to spend about $9bn for about 55% of the Obj scope. Alarm bells should be ringing on this.

5. There is no provision for Kano-Maradi where a loan of $1.8bn is required and the counterpart funds have also been appropriated since about  2017.

6. There is no clarity of which Abuja LRMT line is to be funded here. Perhaps it’s Lot 1B. Recall that Lots 1 and 3 were awarded in 2007 for $840m by Obj. In the event I think only Lot 1A was built with all of that money under Goodluck which itself involved a loan of $500m. Abuja needs more than just rail infrastructure. It needs a transit authority. Alarm bells should ring on this project too.

So all told, it looks like we are still going to be seeking further loan approvals from the NASS of about $20bn for railway infrastructure on top of the $10bn proposed here.

Whether that will take place during this 9th NASS is to be seen. The use of only loans as a blunt instrument for financing railway infrastructure must however be reviewed.

There may be alternative approaches that we do not seem to be exploring. Ghana, Tanzania, Ethiopia, Morocco, Egypt  and a few others in Africa are doing things we could learn from.

Much as the building of  new railway infrastructure is important and desireable, we are putting the cart before the horse by not reforming and restructuring the railway environment first. The Railway bill and National Transport Commission bill are at the start of where we need to be. This is because they address why our railways  are where we are today. Building new infrastructure, buying new rolling stock and building a wagon assembly plant, or building a transport university are all good but only address the symptoms, they don’t eradicate the malaise of a broken railway. Know what they say, applying make-up to a pig does not change it from being a pig. It’s still a ..