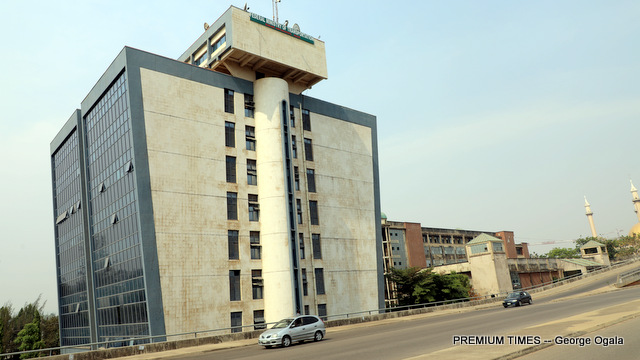 BY FEDERAL MINISTRY OF TRANSPORTATION

He doth protest too much.

When in a hole, stop digging

FMT is hiding behind a finger. More public money is being expended to tell us what we already know and to confuse those who don’t know much.

GERC (Ghana) is not a concept anymore and is about to commence. Yes, the paper mixed up its facts but it has since corrected them.

They should have found out in what way theirs is different from GERC’s to try to explain a cost disparity > 100%. The numbers are so mind boggling that telling us about their own and nothing else is not a comparison.

The kind of companies involved in GERC like Voestalpine of Austria are major players in global steel. They are not frivolous people.

Three major cost components in building  rail infrastructure is earthworks, electrification and steel, which is why the topography and distance is material.

The Ghana topography Tema-Accra-Kumasi is identical to Lagos – Ibadan. It is also twice the distance and is electrified.  So if you strip the GERC line of its electrification cost of circa $1bn, it means $1.2bn potentially builds about 620 track km (or $1.95m/km) in Ghana while $2bn builds 335 track km( or $5.97m/km) in Nigeria.

Consider another Chinese railway project, the 760km Djibouti-Addis Ababa line. It is electrified single track mostly. If you take away the electrification costs of about $1.3bn, then $3.2bn builds 760km (or $4.2m/km) in some of Africa’s most rugged terrain rising up to 2,000m above sea level with 68 viaducts and bridges, some nearly 1km long. Now compare this with our own 186km unelectrified single track Abuja-Kaduna built in flat land savannah for $1bn (or $5.38m/km). Does it make sense?

There are also some inconsistencies:

5. Not only are these sums/disparities so large/wide, ours are borrowed monies to be paid by future generations. Whereas GERC is PPP to be funded by private investors. Is that not why it is more cost efficient? Why are we mortgaging our children’s futures?

6. Neither the Lagos-Ibadan nor Lagos- Kano contract have anything to do with any wagon or coach  assembly plant. For 10 years we heard about a GE locomotive assembly plant that never came to pass. So expect no surprises on this one.

7. Railway University in Katsina has no bearing on these contracts and is another white elephant in the making. NIgerian Institute of Transport Technology, Zaria was created for similar purposes but has been ignored and under resourced.

8. Finally, if the contractor can afford to train 200 privileged Nigerians (mostly nominated by Ministers and senior politicians) at no extra cost to the contract, ask yourselves whether he is father Christmas. Is it not because his contract has so much meat in it that he can afford to be so “generous”?