Joe Ghartey, the Ghanaian minister of railways development, has come under intense pressure from a former Nigerian minister to do “damage control” on the exorbitant rail contract costs in Nigeria as reported by TheCable at the weekend.

In two separate reports, TheCable had compared the costs of two rail projects in Ghana with that of the Lagos-Ibadan project.

A 340-kilometre standard gauge railway to be constructed by Ghanaian-European Railway Consortium (GERC) will cost $2.2 billion.

By contrast, the Lagos-Ibadan 146-kilometre rail was awarded at $1.5 billion.

This comes to $6.5 million per kilometer in Ghana and $9.6 million in Nigeria. 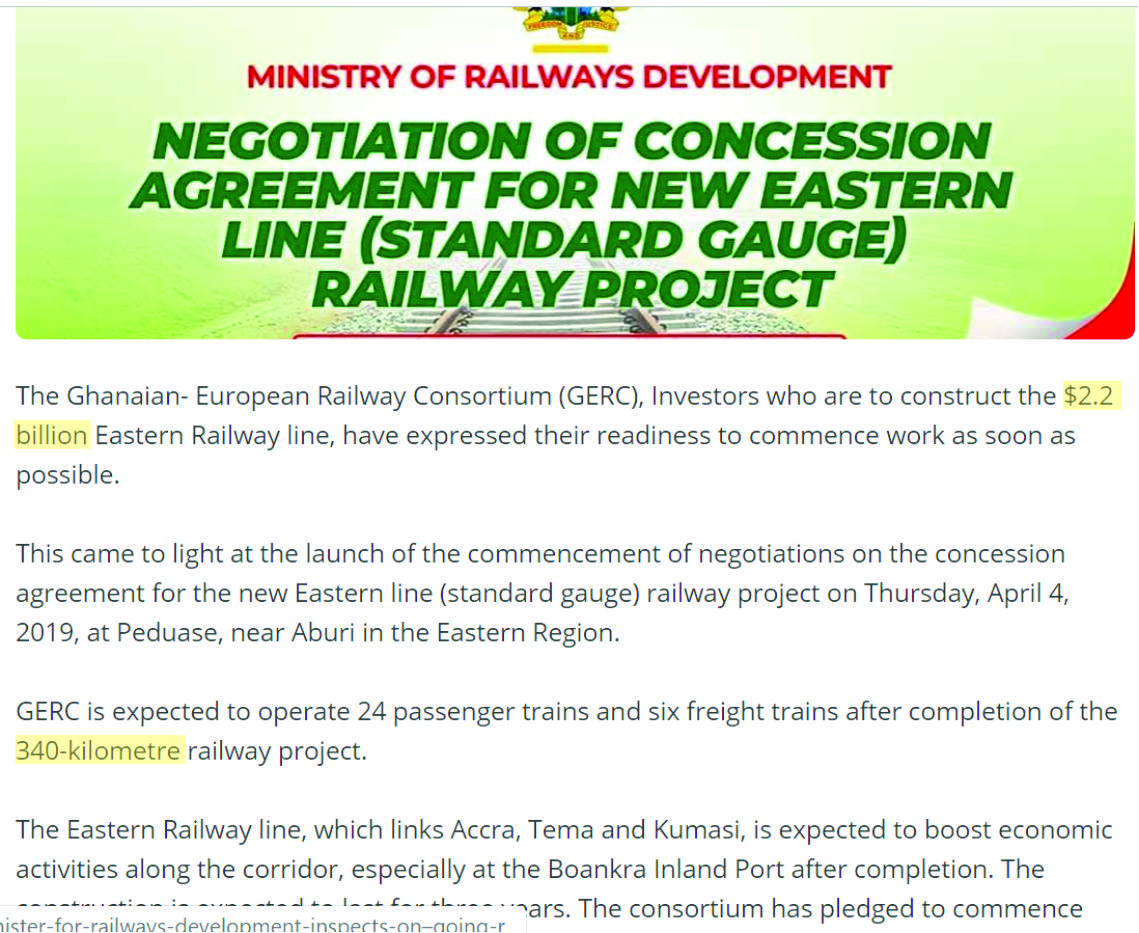 A screenshot of the contract information on the website of the ministry of railways development, Ghana

Meanwhile, the China Railways Construction Corporation (CRCC) has offered to rehabilitate and construct a 560-kilometer standard gauge railway line for Ghana at $2 billion.

This is THRICE bigger than the Lagos-Ibadan project, although the Ghana contract scope covers both rehabilitation and construction — unlike the Nigeria case which is greenfield construction.

TheCable understands that Ghartey, who is currently in London for a meeting, has come under intense pressure from the former minister to issue a denial “at any cost”.

Ghartey had been quoted by a Facebook user as saying, in a private chat, that the report is not correct.

He is yet to make an official pronouncement, and TheCable stands by its story.

The information on the $2.2 billion project is still available on the website of his ministry.