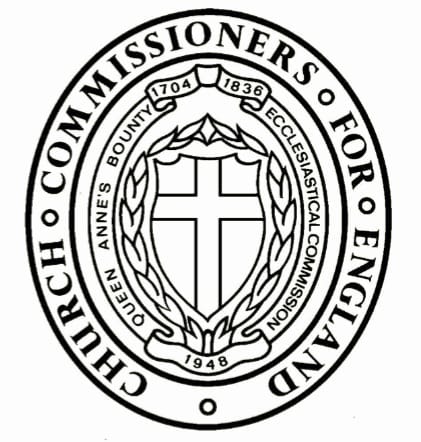 Met up with a now retired John Wallace yesterday for coffee in Bedfordshire evoking memories of our work of nearly 20 years ago. I learned so much off John about soft skills and how to influence people by being nice and firm. Every young project manager should have a boss like John and I couldn’t have done it without him.

One summers day in 2002, I walked into the imposing and exquisite offices at 1 Millbank in Westminster to see a panel chaired by the Chief Architect to make a presentation on how to control costs on major projects. Little was I to know that a new window was about to open into an institution at the heart of the British establishment.

The Church Commissioners for England is the investment arm of the Church of England, at the time, one of the biggest and most prestigious landlords in the country {currently with about  £10bn assets under management},  owning swathes of commercial and residential property across the U.K. and in London, its portfolio spanned high end Sloane Square, Kings Road, Hyde Park Corner, Golders Green Road etc.

The Commissioners had lost about £800m in the property crash of the 90s and were also perceived to have overspent on their £1m refurbishment of their then iconic 1 Millbank HQ building. They were   seeking a project manager to deliver their next major investment, a  £100m refurbishment of its Octavia Hill Estates, and didn’t want to put a foot wrong. They had scouted the market for about 6 months to find a suitable candidate as I would later learn and 15 minutes after my meeting there, as I drove away across Lambeth Bridge, a call came through from the Chief Architect offering me the role. Thus began an enduring partnership of modern Commissioners’ folklore. He the good cop and I ….. well…

The project had a fairly straightforward technical solution. 1,600 units of cottages, houses and flats spread across London with a scope of work consisting essential repairs and backlog maintenance but its major challenge was the litany of stakeholder management issues it threw up. From recalcitrant tenants around whom we had to work while in-situ, to a supply chain with an entitlement complex who believed the budget was theirs to spend as they deemed, a feisty Kate Hoey MP who was sympathetic to the tenants cause, a Sponsor who wanted to control the delivery strategy, making for a heady cocktail of unrelenting fisticuffs. Project had commenced before my arrival and I had to literarily seize it by the scruff and deliver it to cost, quality and time. And that was what I did, but no small thanks to my “back room support team” of John Wallace, the Chief Architect, Andrew Brown, the Chief Surveyor and later CEO, and the Estates Commissioners principally, Andreas  Whittam Smith, Sir Stuart Bell and the irreverent Lady Brentford. There was of course the Archbishop Lord Carey who was Chairman of the Assets Committee as well as the Governors, the ultimate client on behalf of her majesty the Queen